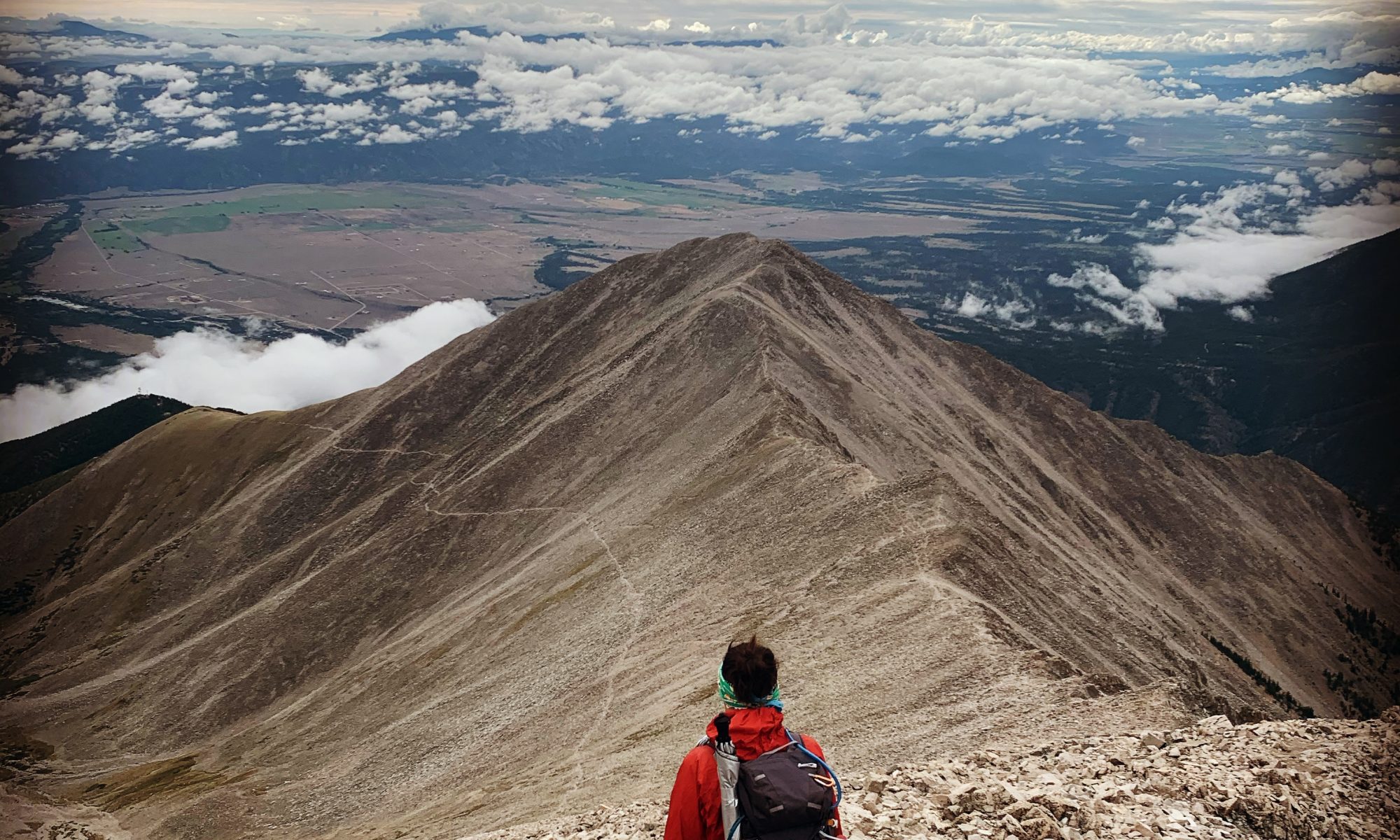 We’re in the thick of the wildfire season in the Western United States. There are currently 86 active large fires, which have burned 2,678,196 acres in 11 states. To date in 2021, there have been 43,017 fires that have burned 4,946,000 acres. Over 25,000 wildland firefighters across the country are working on these fires and thousands of residents have been evacuated. National Forests are being closed and many backpackers’ trips, including a large group that I was supposed to guide, are getting cancelled or re-routed.

Due to drought conditions, climate change, poor forest management, and an increasing urban-wildland interface, wildfires are an increasingly common and challenging part of living in the West. While wildfires play a critical role in ecological health, they also cause a lot of damage, destruction, and difficulty for humans.  Aside from property damage, lost lives, and evacuations, the smoke from wildfires has the potential to negatively affect our health.

As wildfires are now a part of living life in the American West, what can we do to prevent or mitigate damage to our health, especially for those of us who love to spend time outdoors or during times when inhalation of smoke is inevitable?

Wildfire smoke is composed of a mixture of fine and coarse particulate matter (PM), and gases, including carbon monoxide, nitrogen oxides, and volatile organic compounds. This mixture varies based on fuel, fire intensity, moisture, and other factors. One of the dangers of wildfire smoke is due to the ability of the particulates to become lodged in the lung tissue and other sensitive mucosal membranes and to create inflammation. Systematic reviews have revealed associated between wildfire smoke and all-cause mortality, as well as exacerbation of asthma, COPD, and respiratory infection. Evidence also suggests links between wildfire smoke and adverse reproductive, developmental and neurodegenerative diseases. Potential health risks depend on the sensitivity of the individual and  the severity of the smoke.

The severity of wildfire smoke is quantified via a value called Air Quality Index (AQI). AQI is the EPA’s measurement for reporting air quality. AQI is reported on a scale from 0-500+ with higher numbers indicating worse air quality and higher health concerns. An AQI below 100 indicates that air quality levels are generally safe for everyone. See chart below. Real time air quality index map.

Exposure to wildfire smoke may cause coughing, trouble breathing, runny nose, and in some cases symptoms similar to sinus infection, such as headaches, sore throat, and tiredness. Groups particularly at risk for health risks from wildfire smoke include children, pregnant women, the elderly, and those with heart and lung diseases. As one would expect, conditions such as asthma and COPD, may be exacerbated by smoke. The main concern for all individuals is damage to the respiratory and cardiovascular systems.

While inhaling wildfire smoke can certainly be unpleasant and potentially dangerous, in many cases damage does not appear to be long term, though more wildfire-specific studies are needed. Regarding the respiratory system, the lungs of most healthy adults can recover from smoke damage, according to John Balmes, MD, a pulmonologist and an expert on the effects of air pollutants. In terms of the cardiovascular system, short and long-term risks includes inflammation in the lungs which can become systemic and affect the whole body’s vascular function; increased risk of blood clots, which may lead to heart attack or stroke; and autonomic nervous system stimulation, which can lead to heart arrhythmia. As with respiratory damage, these effects seem to be temporary and subside when the smoke does.

How to Monitor Fires and Smoke Levels

An essential component of preventing health damage from wildfires and being aware of where large, active fires are burning, how large they are, wind direction and speed, expected precipitation, etc. If you plan to spend time outdoors, it also helps to read up on best practices during wildfire season.

Many excellent resources exist, including:

Most public health recommendations for avoiding exposure to wildfire smoke include staying indoors, limiting the outdoor air that is brought indoors, and filtering indoor air. But what if you plan to be outside near an area where active fires are burning or what if you’re in a situation where some amount of smoke inhalation is inevitable? If you’ll be exposed to ongoing wildfire smoke and you’re concerned about potential health risks, and particularly if you’re sensitive to the effects, public health officials advise that the best form of individual protection is a well-fitting N95 or P100 respirator, which filters out PM2.5.

How to Take Care of Yourself After Wildfire Smoke Exposure

As mentioned, the respiratory and cardiovascular systems of most healthy adults will naturally recover from exposure to wildfire smoke in most cases. After you’ve been exposed to wildfire smoke, there are also actions you can take to support your body’s natural detoxification pathways and enhance the excretion of airborne pollutants.

The body detoxifies itself through the skin (sweat), the lungs (breath), the colon (bowel movements), and the liver and kidneys (urine). Engaging in practices that support the body’s natural detoxification processes and support healthy immune function include:

What would you add to this list? How else do you protect your health during wildfire season?